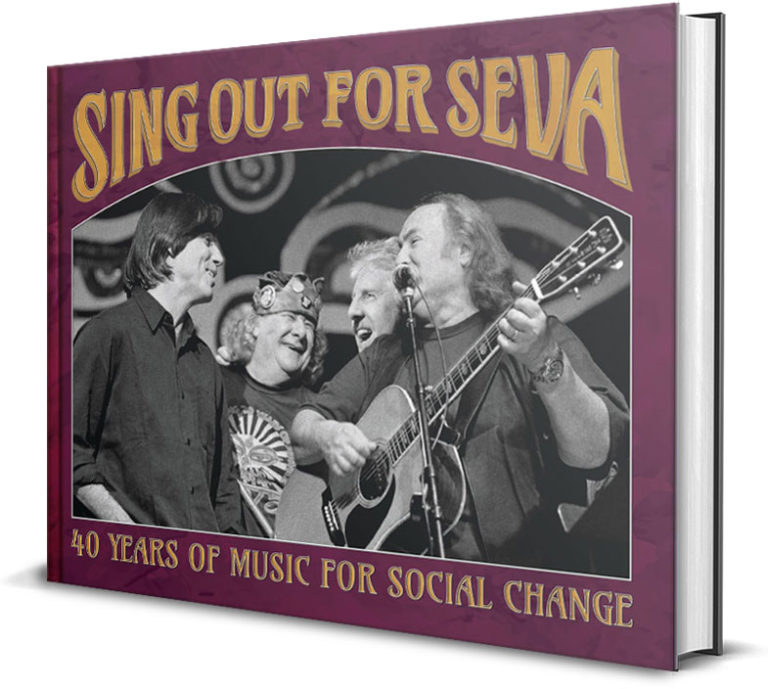 Sing Out for Seva: 40 Years of Music for Social Change

Steve Jobs drove from his Apple board meeting, wearing a three-piece suit, a big shift from the barefoot shaven head hippie we had met in India when he was 19. He was surprised to find the eclectic mix of folks who had started Seva: Here’s Dr. Venkataswamy who’s done 100,000 sight-restoring eye operations, here’s Nicole Grasset who had eradicated smallpox, here’s Ram Dass who wrote the most popular book of the 1970’s, Be Here Now, here’s Wavy Gravy who’s loved by everybody and was the Master of Ceremonies at Woodstock. We told Steve that Wavy had put together our first benefit concert and it was happening in a couple of days at the Oakland Auditorium and the Grateful Dead were going to play. Steve said, “I love the Grateful Dead!”, so we invited him to join us.

Wavy has always said, “Put your good where it will do the most,” and I think Seva has been such a success in the last 40 years because we figured out how to use all the pieces on the chess board, all the arrows in the quiver, all the tools in the toolbox. But first and foremost, our identity was forged by music and concerts and the spirit that brought us together.

Enjoy this beautiful 245 page e-book and take a walk with us through the 40 years of magic.

PS – Make a donation to Seva and transform lives by restoring sight. You can free someone of blindness with just $50!
FREE DOWNLOAD

Some of the artists included in the book: